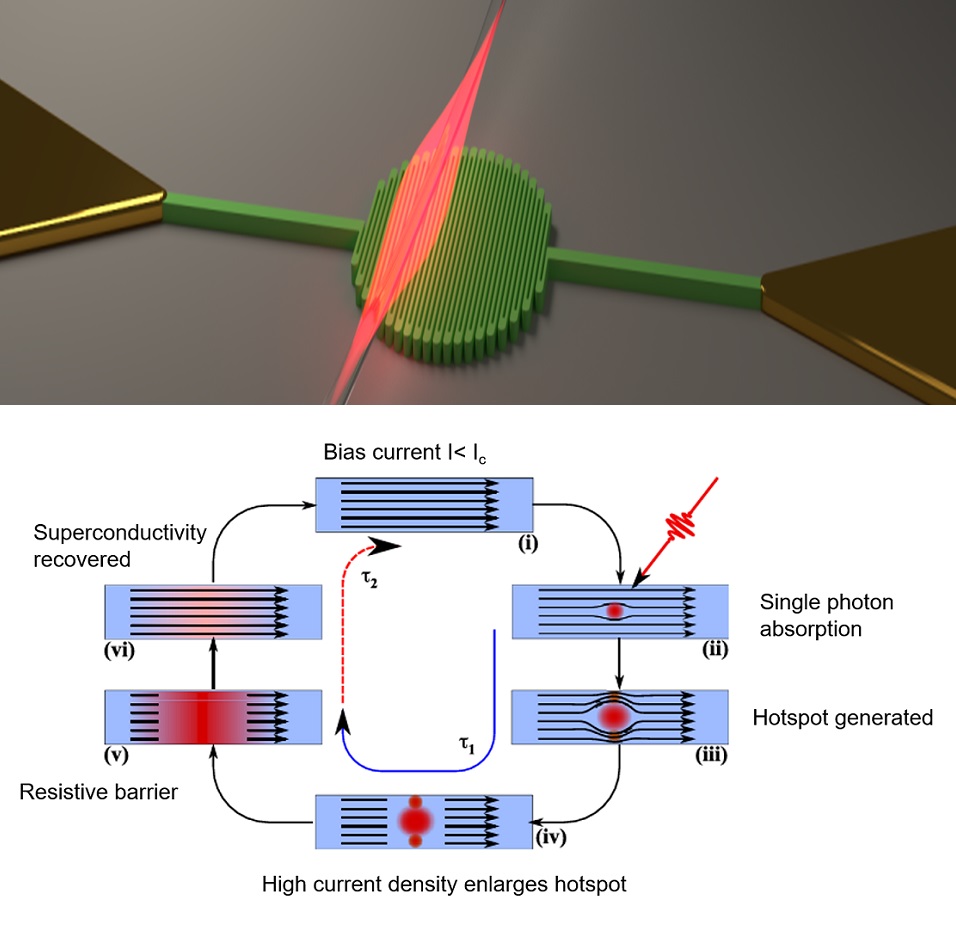 The superconducting nanowire single photon detector (SNSPD) consists of a thin film of superconducting material shaped into a meandering nanowire through nanofabrication processes. This pattern enables it to cover a wide surface area, collecting the whole output of an optical fiber, while constituting a single path for the current. The detectors are operated at 2.5 Kelvin and a constant current below the critical current of the superconductor is applied to the device. The nanoscale cross section gives our photon detectors an extremely high level of sensitivity upon absorption of just a single photon. 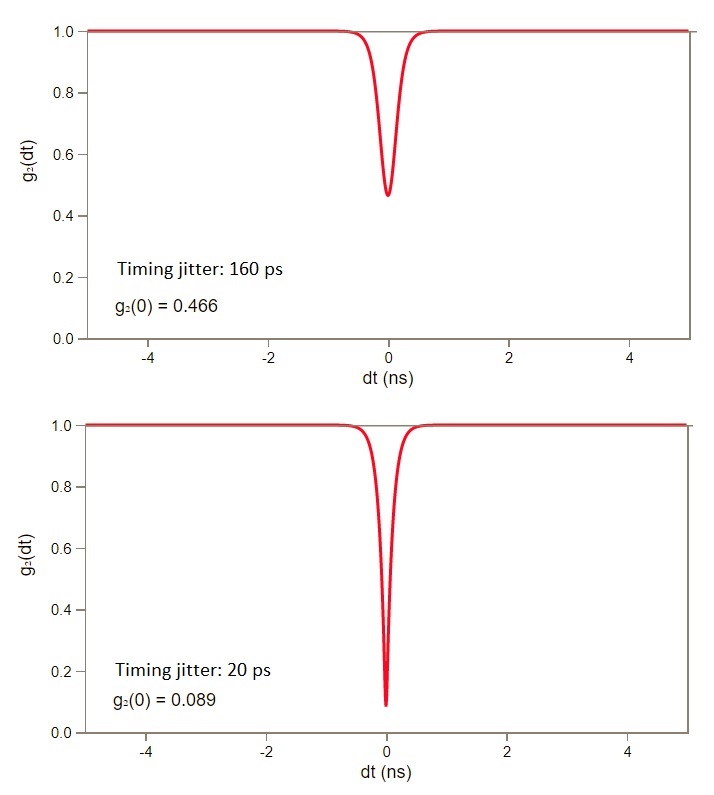 In applications such as the lifetime measurement of photoluminescence and photon correlation measurement, high time resolution of photon detectors is of great importance. The time resolution of single photon detectors is characterized by the full width at half maximum (FWHM) of the variation in the temporal delay from the absorption of a photon to the generation of an output electrical pulse, which is defined as the timing jitter.